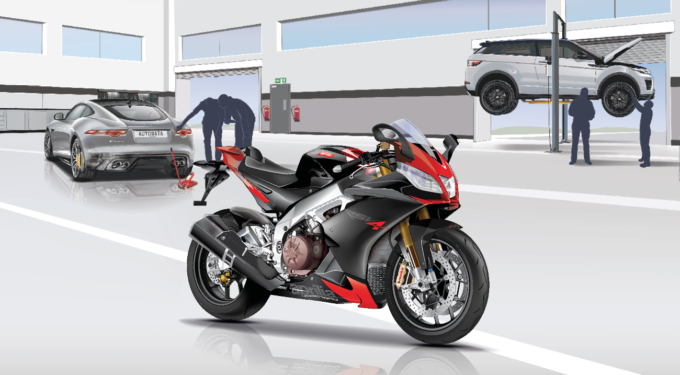 Traditional hydraulic braking systems haven’t changed too much in the last century. Enhancements along the way have included going from drum brakes to disc brakes and also the addition of Anti-lock Braking Systems (ABS) and Electronic Stability Programs (ESP). More recent additions to reach production vehicles include regenerative braking and Autonomous Emergency Braking (AEB). Most of these systems have been introduced to make vehicles safer on the road. So why change the fundamentals?

The phasing out of traditional mechanical control systems to ones that are electronically controlled was explored first within the aerospace industry as part of fly-by-wire technology. Control systems for steering, throttle, and brakes became entirely electrical, removing the use of mechanical components such as cables and rods. Aviation engineers found that removing these bulky mechanical components and using electronic systems instead greatly improved reliability and were also more compact. Until now, the automotive industry has only adopted this method of electronically controlled systems in throttle-by-wire technology.

In the automotive industry, there are three types of brake-by-wire solutions that are advancing braking systems – electro-hydraulic, fully electric, and the third being a combination of the two. The electro-hydraulic system removes the need for a brakebooster. It uses sensors and actuators to measure the amount of pressure applied to the pedal by the driver, transferring this force to all brakes from the master cylinder using hydraulic fluid and slave cylinders. With the use of control units and powerful actuators, the pressure exerted to the brakes can be much higher than in a traditional hydraulic braking system (2000 psi vs 800 psi). This technology was used on some production vehicles by Mercedes-Benz within their Sensotronic Braking Control (SBC) system. SBC however, was short-lived, it was only manufactured for 4 years within their mainstream vehicles e.g. E-Class (211) 2002-06. This was due to issues with the fail-safe (increased stopping distance and pedal effort without the brake booster assistance) and the fact that the hydro-electric control unit was an expensive serviceable item (replaced after a predetermined number of brake activations were carried out), costing close to £1,000 just for the component!

The second solution is a fully electric braking system, which replaces all hydraulic mechanical components with electric ones. Control units and electronic actuators are attached to the brake calipers at each wheel. Information is sent to them from a central control unit via communication bus wires. Extra sensors at each caliper include temperature, clamp force, and actuator position. If there are one or more failures of the caliper control units the central control unit can still maintain system functionality. Currently, the systems reaction time is 90 ms vs 300 ms for a traditional hydraulic braking system which can lend itself towards the pursuit for semi-autonomous and autonomous vehicles. As the actuators on the calipers are fully electric the pistons can be positively retracted when they are not in use, consequently causing less drag for the vehicle, improving the fuel economy, and reducing the all important exhaust emissions to comply with government regulations. One company leading the way in fully electric braking systems is Brembo as shown below.

Rear brake with ECU and actuator on the caliper

Traditional hydraulic systems have their flaws, but drivers have confidence in the fact that they have a direct link from the pedal to all four brakes in the event of a failure in the braking system to slow the vehicle or bring it to a complete stop. This is the major downfall of brake-by-wire systems that has kept the technology under development for the last 15 years. Although brake-by-wire systems are advanced, a separate battery supply from the main vehicle battery may also be required for fully electric systems as one of many fail-safes.

With its ability to integrate stability programs and advancements in ABS technology, brake-by-wire technology has the potential to be safer than traditional hydraulic braking systems. However, with so many fail-safe hurdles to overcome, we may have to wait a bit longer before these systems can meet the standards of the international ‘Road Vehicle – Functional Safety’ regulations. You turn if you want to. The industry is for turning.