The facets of variable valve timing 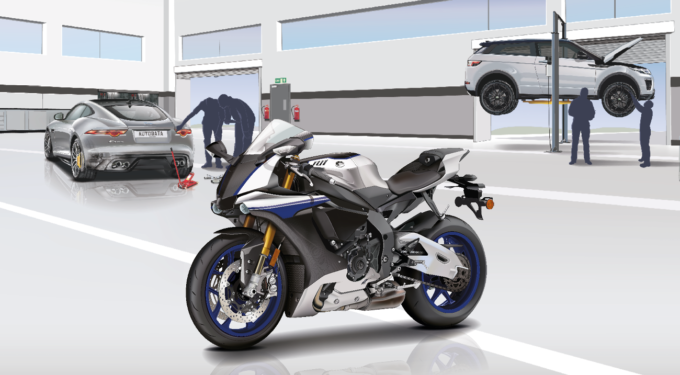 Variable valve operating methods can be traced as far back as the steam age. As for conventional automotive internal combustion engines, variable valve timing (VVT) was first patented by Fiat in the late 1960’s.  However, Alfa Romeo was the first manufacturer to introduce VVT into a production vehicle in their 1980 Spider 2000. Since then, many manufacturers have incorporated the principles of VVT into their designs. The array of VVT variations from manufacturers has generated many different VVT system names/acronyms, such as VTEC and VVT-i.

Engines without VVT have non-adjustable camshafts, therefore, the valve lift, duration and timing are fixed. Once the camshafts and crankshaft are set, the valve timing cannot vary. Variable valve timing is used to aid performance, fuel economy, and lower emissions by enabling the optimisation of engine performance under different loads and operations. With VVT, larger valve overlap, valve lift, duration, and timing adjustments can be achieved depending on engine speed, load, and temperature. For instance, at low engine speed the valve timing can be advanced to help throttle response and engine torque, whilst under load. The valve timing can be retarded to help reduce exhaust emissions and increase power at a higher RPM, where valve opening times are greater.

There are various types of VVTs on the market but the most common are known as ‘cam phasing’. A cam phasing VVT has a camshaft variator or adjuster which is located on the camshaft sprocket or gear. Early designs were simple – they only worked on the inlet camshaft, with just two settings (off or on) – they are known as ‘discrete‘ and the valve timing can only be changed at a set engine speed (e.g. BMW’s single VANOS). Most discrete cam phasing VVTs are mechanically controlled using a spring loaded helical gear within the variator.

Later versions of cam phasing are electronically controlled and hydraulically operated. They are known as ‘continuous‘ and use single or twin variators depending on the manufacturers’ application. Oil pressure, controlled by an ECU-operated solenoid/camshaft position (CMP) actuator, changes the angle of the camshafts by delivering oil into the galleries of the inner rotor which force against the vanes. As well as the ability to adjust the valve timing at any engine speed, continuous cam phasing VVTs also have a smoother transition compared to the simple on/off settings in discrete cam phasing.

Some manufacturers – Honda’s Variable Valve Timing and Lift Electronic Control (VTEC) for example – have a separate camshaft lobe for each valve on the inlet and exhaust camshafts (although early SOHC engines only used this on the inlet valves). Oil pressure is used to engage a pin which locks the high lift, high duration rocker arm to the adjacent low lift, low duration rocker arms. Although the adjustment is ‘discrete’ rather than ‘continuous’, this type has always been a favourite with the modified car scene because of the big power gains.

One manufacturer who has developed such a system is Porsche’s Variocam Plus. A variator is fitted on the inlet camshafts which also have two different cam profiles and variable hydraulic tappets which have inner and outer lifters. The inner lifter contacts the centre camshaft lobe (smaller lift and duration). When a higher lift is required, the inner and outer lifters are locked together with a pin; actuated by an electronically controlled hydraulic valve. Once locked, the outer camshaft lobes can then come into play providing larger valve lift and duration. The cam phasing and cam changing systems are individually controlled by the engine control module (ECM). The main parameters used are engine speed, gear selection, accelerator pedal position, engine oil temperature and engine coolant temperature.

Fiat introduced their game changing ‘Twin Air’ system in 2010. Since its launch, the ‘Twin Air’ has been a mystery to many people. It uses a turbocharged four stroke petrol engine with four valves per cylinder that are reasonably conventional. The name “Twin Air” is a reference to its twin cylinders and inlet valve operation. A small capacity engine that provides at least as much power as many bigger engines available. The Twin Air system uses a hydraulic valve system to operate rams which hydraulically open both inlet valves simultaneously. The exhaust valves are operated in a conventional way using hydraulic valve adjusters and rockers.

Manufacturers are now researching and developing new camshaft-less internal combustion engines, which would see the demise of the valve train system and variable valve timing as we know it.

For workshops, this would mean less serviceable items such as timing belt replacement. It could also mean that more training is necessary, as the new engines will be far more complicated, and of course, workshops would need new equipment and special tools.