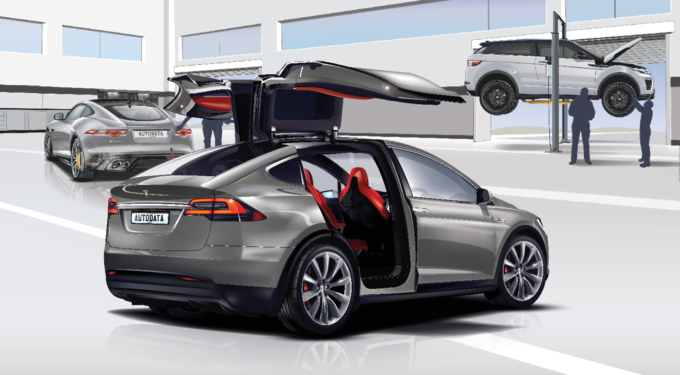 It’s only been slightly more than a decade since air suspension became the norm for commercially produced vehicles. Now, everything from motorcycles, all-terrain vehicles to custom and high-performance cars feature air suspension.

In this article, the Autodata team goes over the fundamentals of air suspension and dives into how the components have evolved over time.

These systems serve to replace traditional shock absorbers and air springs. At their essence, air springs are simply hardened rubber and plastic bags inflated to mimic a traditional spring. When combined with an onboard air compressor, sensors and electronics, however, it can adjust rapidly across changes in load and direction in a way traditional mechanical systems can’t.

Technology has made massive leaps and bounds in recent years and air suspension systems are no longer clunky, slow, and imprecise.

With the shift from being used exclusively in trucks to more mainstream use in consumer vehicles, these systems have evolved into a fast, precision-based technology with advanced electronics.

What are the types of airbags used in air suspension systems and what are their functions?

The idea behind air suspension systems is quite simple—pressurised airbags replace the mechanical springs of a traditional suspension system.
An air compressor inflates the airbags through a valve on the bag to the correct height and pressure. Traditionally, this compressor was located off-board but in modern vehicles, manufacturers prefer to include an on-board unit.

In recent years, the electronics used for this system have improved significantly and very precise adjustments to the pressure and height of the airbags can be made. These are made using a composite of rubber and polyurethane; a material that is resistant to abrasion from road debris and sand, and features superior structural integrity and air-tight construction.
In any automotive technical training programme, you will also learn the specifics of the three main types of air suspension bags used today. These span:

• The double convoluted bag, as the name suggests, is shaped like an hourglass. This design allows the airbag to feature more lateral flexibility.
• The tapered sleeve design is able to fit into tighter recesses and offers greater adjustability when it comes to the ride height.
• The rolling sleeve type is used for very specific applications. The only differences between this design and the tapered sleeve version are in ride height and spring control. Deciding which of the two is better, however, is solely dependent on the requirements of specific vehicles.

What are the other components of these systems?
Apart from the airbags, an air suspension system features a few other key components, all of which are covered in-depth as part of automotive technical training.

Solenoids command the air vent to open and close and effectively controls the amount of air in each bag. Solenoids are only seen in modern air suspension systems that are electronically controlled, however.

Valves are the gateways within the air suspension system. They isolate and direct the flow of compressed air.

Lines are most commonly built from the same rubber and polyurethane composite as the airbags and work to channel compressed air to the bags. They can also be made with custom steel lines.

Modern air suspension systems also feature an onboard compressor, which is an electric pump that feeds compressed air into the bags. It is usually mounted on either the frame of the vehicle or the trunk.

Its function is to draw air from the outside, compress it, and funnel it into the airbags.

In this process, moist air inside a closed system can cause certain issues, so a compressor system will also include a dryer that absorbs as much of the moisture from the air before pumping it into the airbags.

Add value to automotive technical training with a more sophisticated understanding of air suspension: Air suspension systems play an important role in the safety and manoeuvrability of a vehicle and for a successful career in the automotive industry, online training on how these systems are evolving in line with modern technology can be useful. For more information or to try Autodata Training today, visit www.autodata-training.com. 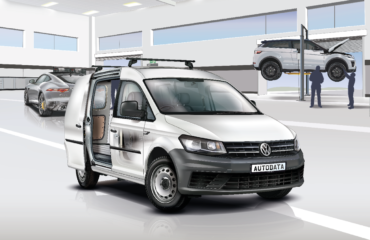 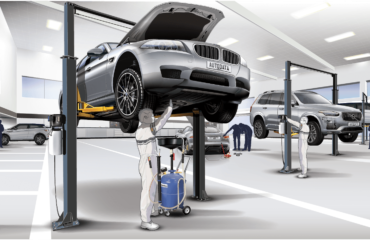